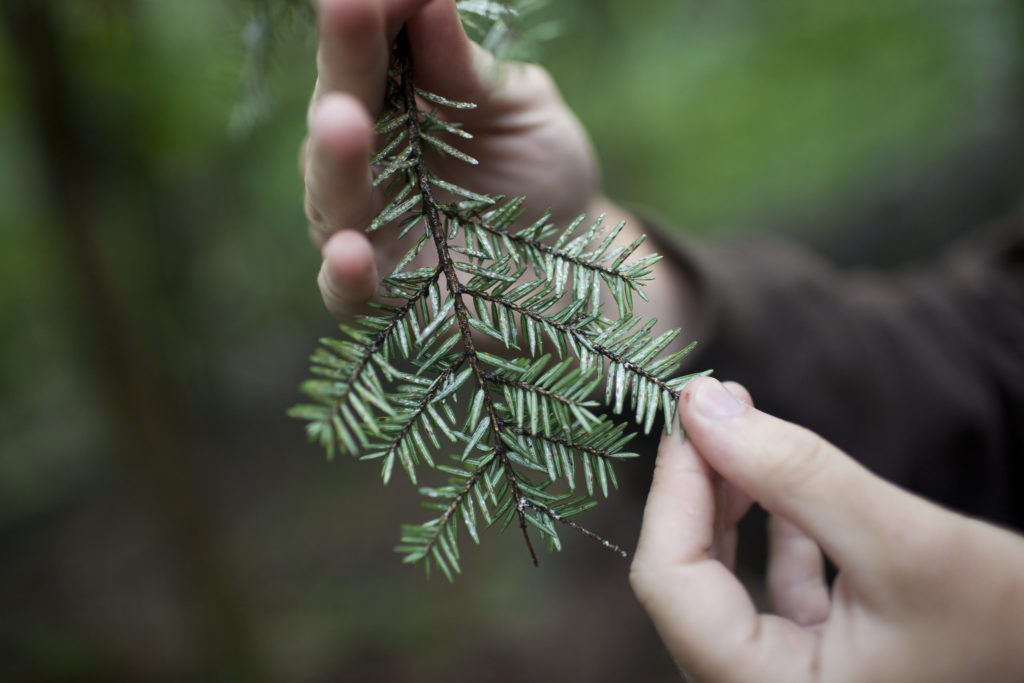 To celebrate the NASF #CentennialChallenge, the Ohio Department of Natural Resources – Division of Forestry protected 100 acres from the hemlock woolly adelgid (HWA).

HWA has infested eastern states, threatening the ecological balance of all Eastern Hemlock forests. According to the USDA Forest Service, HWA is the single greatest threat to the health and sustainability of hemlock as a forest resource in eastern North America.

Surveys in natural stands of hemlock have been conducted by the Ohio Division of Forestry since 2007. Until 2012, no infestations were discovered in natural stands. Since then, additional populations have been found in other counties in Ohio. Management for HWA can include a variety of methods, including chemical treatments, tree removals, and biological controls. All three are currently being used in Ohio and other regions of the eastern United States.